How Did the Vanderbilt Family Lose Their Fortune?

In this article we discuss one of the richest families in American history: the Vanderbilt family. We'll learn about the stunning rise and fall of their immense fortune. 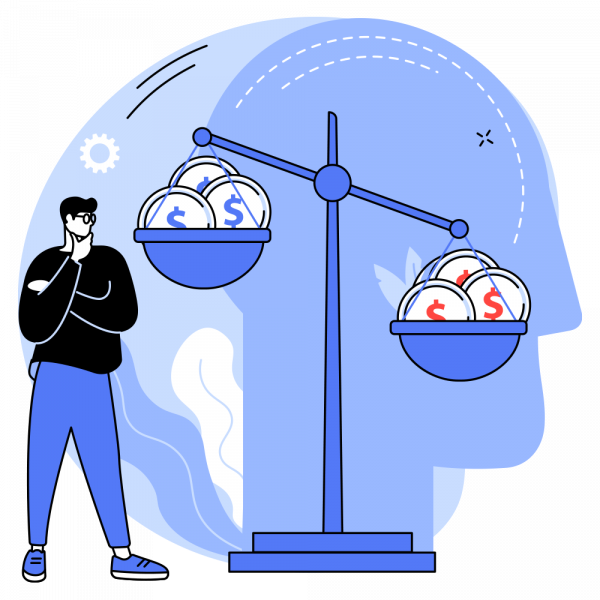 No matter how much money you have, you can lose it.

The most significant example is Cornelius Vanderbilt, known as “The Commodore” in the 19th century. He was one of the wealthiest men when he died in 1877 with a fortune of 100 million dollars, equivalent to today’s 2.1 billion dollars.

Unfortunately, now you won’t find any name of the Vanderbilt family in the list of wealthiest people. The reason wasn’t that they didn’t have a lineage but rather that the heirs wasted all of the money.

At the reunion of the Vanderbilt family in 1973, no member was a millionaire like their forefathers. After Cornelious Vanderbilt’s death, the family didn’t hold the wealth for 100 years.

The Rise of the Vanderbilt Fortune

Cornelius Vanderbilt wasn’t born into the family of the richest people in the USA. Instead, his parents were farmers in Staten Island, New York, and made money by producing and trading goods between Staten Island and Manhattan.

Cornelius Vanderbilt left school at eleven and started working with his father on a ferry in New York Harbor. When he was sixteen, he decided to start a business (ferry service).

To pursue the idea, Cornelius borrowed $100 from his mother, which is now equivalent to more than $1700, and everything started. He purchased a periauger and began transporting cargo and passengers between Staten Island and Manhattan.

The dedication and energy of Cornelius Vanderbilt helped in gaining respect and the title “The Commodore. “In 1817, he began working for Thomas Gibson, became his business manager, and learned about the steamship industry and ran his own business.

After Thomas Gibson’s death, he started various shipping lines in the New York region, which became successful and made him rich. Later on, Cornelius built a railroad empire, acquired New York and Harlem, and made a bulk fortune.

At the time of his death, he had thirteen children with Sophia Johnson Vanderbilt but he left 95% of the wealth only to the eldest son and the remaining fortune to his wife and other kids.

How Did the Vanderbilt Family Lose Their Fortune?

You might wonder: How did the Vanderbilt family lose one of the greatest fortunes?

At the time of his death, he had almost doubled his father’s fortune to $200 million. Little did William know that his children, grandchildren, and great-grandchildren would end up squandering the Vanderbilt family’s immense wealth.

After William’s death, the next generation started focusing more on showing off rather than making more money by investing in the business. They spent a lot of money building mansions and estates to maintain a luxurious lifestyle and became members of American society’s Elite class.

Another thing that created issues for the Vanderbilt business was the tax policy of the government. Before the 19th century, there was no concept of paying tax on residences and estates, but the government changed its policy. The family had to pay a bulk of money for the taxes on the property they had.

Reasons Behind The Fall of Vanderbilt Family

Here are the main reasons behind the fall of the Vanderbilt family.

Bad business leadership it’s one of the main reasons why the Vanderbilt family lost their huge fortune.

As we read about Cornelius Vanderbilt, he was known for his competitive mindset. He started working at eleven, worked as a business manager for Thomas Gibson, and learned a lot about business. All of the Commodore’s experiences are the reasons behind his success.

He only chose the eldest son William Vanderbilt for the business and left 95% of the wealth for him. The reason may be because the Commodore knew who deserved it and could run everything.

At once, Commodore said to his son Willam, “Any fool can make a fortune; it takes a man of brains to hold onto it .” It seems like it was not only advice but the fear of Cornelius Vanderbilt which became true.

After the death of William Henry Vanderbilt, the property was divided among his sons, daughters, and wife, Maria Louisa Vanderbilt, and chaos started.

All of William’s children weren’t prepared for business leadership. Instead of focusing on doubling their wealth, they started spending the money to maintain a lavish lifestyle. An example is Alva Erskine Smith, the wife of his son William Kissam Vanderbilt, who spent an estimated six million of today’s money on throwing a party.

The decision of Cornelius Vanderbilt to choose William Henry Vanderbilt over the other twelve children was good but only for the short term.

William made the business more successful in a shorter period of about eight years (1877 – 1885). He could have done more for business, but he died in 1885.

Unfortunately, none of the sons managed the business as the father did. Therefore, one of the biggest fortunes started collapsing because it was in the hands of people who cared about how they could enter the Elite class rather than expand the business.

At this point, Cornelius Vanderbilt’s decision proved bad for business. If he had divided the property among other children, the fortune might not end up in the hands of only William’s sons.

Another mistake the Commodore and William made was that they both didn’t write the conditions for how the family will use the money after their death. As a result, the children wasted all of the money on building large estates.

The Vanderbilt family was famous for one more thing, which was their charitable activities. Cornelius Vanderbilt gave around $1 million as a gift to Nashville, Tennessee’s Central University, now known as Vanderbilt University.

The issue wasn’t William’s spending money on charities. Instead, it was about the third generation not being interested in the business.

Cornelius Vanderbilt also donated about $1 million to the university. His donation created no issue for the business because it was profitable at the time of Commodore.

The result of William Kissam Vanderbilt’s charity work led the wealth again to the point when his grandfather died in 1885. In short, he wasted all his father’s hard work, William Henry Vanderbilt.

In addition to William Kassam, his brother, Cornelius Vanderbilt II, donated money to Yale University, Columbia University, and the Metropolitan Museum of Art.

The Desire for Acceptance in the Elite Class

The Vanderbilt family wasn’t from the Elite class. Cornelius Vanderbilt was from Staten Island and didn’t belong to an extremely rich family. The family’s past wasn’t a concern for Commodore or William Henry Vanderbilt, but the third generation wanted to be badly accepted into the elite class. So, they spent a lot of money on their lavish lifestyle to show society how rich they are.

Alva and her husband, William Kissam Vanderbilt, built a huge mansion on Fifth Avenue, one of the largest of their time. In addition to this, she threw a big ball. The cost of the party was estimated to be more than $6 million of today’s amount.

After pouring all the money into the drain, Alva and William were finally accepted by the elite class. And added to the famous list of “The 400”. William also built a summer house known as a marble house at 11 million dollars and gifted her wife.

George Washington Vanderbilt built the Biltmore estate on 125,000 acres of woodland in North Carolina. The mansion has four acres of floor space, and it was also considered one of the biggest domestic dwellings in the United States.

After the death of George, the 86,000 acres were sold to the United state Forest department; the remaining fortune of Biltmore was inherited by George’s only daughter Cornelia Stuyvesant Vanderbilt.

That was the situation of the third generation of the Vanderbilt family. The houses we mentioned were just the tip of the iceberg. The family had built dozens of residences and mansions so they could become a part of the rich class.

Rivalry In the Family

One of the biggest reasons for the fall of the Vanderbilt family was the rivalry among the siblings. There was no conflict until the time of William Henry Cornelius because William had no major rival in the family. However, that’s not the case with the third generation.

An example is the Petite Chateau residence of Alva Vanderbilt and William Kissam Vanderbilt. After the mansion was completed, Alice Claypool, wife of Cornelius II, built one of the largest 19th-century residences in Manhattan.

The family rivalry created a lot of issues for the business because all heirs were busy with the family saga more than business.

After his father’s death, Cornelius II became the family’s leader and president of New York Central and other railways. Unfortunately, he failed in expanding the business and wealth, but he’s known for spending a tremendous amount on philanthropy work.

After the death of Cornelius II, William Kissam became the leader of the Vanderbilt family group, his record also not dissimilar to his brother. He spent millions on a marble house, estates, and organizing balls rather than on the business.

The final nail in the coffin of the Vanderbilt fortune was the fourth generation, who also spent the money on mansions. William Kissam Vanderbilt II built a massive mansion along with the facilities of a swimming pool, tennis court, and docking facilities for yachts since he was a yachtsman.

All these things were priorities of the family leadership, so it was quite obvious what would happen with the business.

Money is good for nothing unless you know the value of it by experience – P. T. Barnum. That’s exactly the case with the Vanderbilt family. Commodore Cornelius Vanderbilt and William Henry Vanderbilt understood the value of money, so it proved good for them.

While the next generations are born with a golden spoon in their mouth. No one knows among them the value of the fortune they get from their forefathers. The most important thing for them was their social status, hobbies, mansions, and so on.

All of them were busy making their millions of dollars in residence, summer houses, and estates. As a result, they lost everything in the 100 years after Cornelius Vanderbilt’s death.

The huge mansions on which the Vanderbilts loved to spend most of them, including the Petit Chateau house and Cornelius Vanderbilt II residence, were demolished.